Home > News > Reshoring post-covid: three out of four companies move production back into the country

Reshoring post-covid: three out of four companies move production back into the country 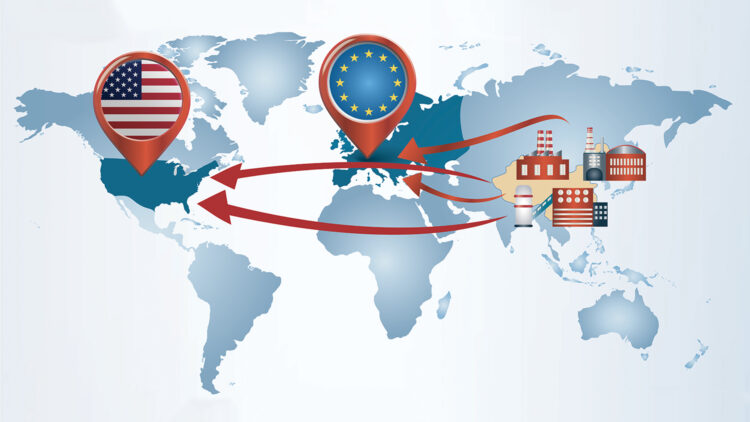 The data is very interesting: in Italy, three out of four companies that had moved production abroad are moving production back into the country (source: ISTAT – National Statistics Institute).

If we add the fact that 80% of multinationals have already drawn up plans to move production back into the country (data provided by Bank of America), it becomes obvious that what we’re witnessing is an extremely important, noteworthy phenomenon.

This phenomenon has accelerated sharply following the pandemic wave, which has increased the difficulty of moving goods and people.

So: what does Reshoring mean?

Over time, Offshoring has caused strategic problems for companies that embarked upon that path.

Firstly, they exported their know-how, which also favored the rise of competitors in the countries to which they moved production.

As a result, our production fabric has weakened, while previously emerging economies have strengthened to the point of coming to Europe to shop for high-tech companies! The case of the German company Kuka, purchased by a large Chinese group, is an emblematic example.

Furthermore, the advantage of the low cost of labour has decreased progressively for two fundamental reasons: wage increases in many of these foreign countries and the automation of production systems, which greatly reduces the impact of labour costs on the overall cost of production.

Another big problem is control of the supply chain, which becomes very difficult, not to mention the costs of maintaining and controlling a production facility abroad.

Therefore, transport costs and the difficulties tied to moving goods and people are no longer offset by the lower costs and an increasing number of companies are finally understanding that the disadvantages and risks of external production can be easily overcome by moving production back into the country!

All of which can be done without increasing production costs, quite the opposite: allowing them to be reduced, increasing control over every stages of the process, significantly increasing quality and preserving know-how, processing techniques and technologies.

How? Thanks to great strides in production techniques and technologies, automation, systems based on Industry 4.0 and organizational systems oriented towards Lean Manufacturing.

Let’s keep a fact in mind: the cost of a product is composed of the cost of raw materials, energy and labour. If energy and raw materials have similar costs in different areas of the world, it’s clear that the great “plus point” that drove companies to relocate was the low cost of labour. Up to ten years ago, it could offset the cost of a foreign subsidiary, shipping costs and so on.

So, what happened in the meantime? The answer’s simple: production systems, in Italy as in Europe and North America, have moved towards increasingly industrial, lean and automated models.

Lean Production applied to production in our companies has made it possible to reduce waste and optimize processes, which is much easier to do in a “domestic” company, rather than trying to control a company thousands of kilometres away.

The key factor that led companies to move, the low cost of labour, in some of the now former emerging countries has become less and less convenient, due to progressive increases in wages.

In any case, the determining factor has been automation. Let’s see why.

When there was talk of Industry 4.0 for the first time in Germany in 2013, few understood the impact it would have on the fabric of European business and production.

Germany was facing a problem of loss of competitiveness with respect to emerging countries and developed a very structured plan that did not limit itself to technology, but also included the physical and IT infrastructure of the country, even the school system!

Over the years, other European countries have also embraced – each in their own way – the “Industry of the future 4.0” plan and this has succeeded in pushing companies to modernize not merely their IT structures, but also and above all their production systems.

Many companies began to invest, timidly at first and then with increasing confidence, in advanced production systems that were not restricted to a few work phases, but went from the raw material directly to the finished product, packed and ready for warehousing or shipping, with very little supervision.

Flexible systems, which allow extremely quick changes to production, thereby adapting to market demands, as espoused in the philosophy of Lean Production.

Systems that allow the remote programming and control of production lines, machines equipped with remote assistance and sensors for predictive maintenance.

The introduction of these systems has also been promoted and driven by governments in the various countries, thanks to tax incentive policies that allowed the early pioneers to test the effectiveness and efficiency of said systems. Automation is a fundamental component that, on the one hand, reduces the need for operators, while on the other, requires supervisors to possess skills other than simply operating machinery. Consequently, as well as machines needing to evolve, so do people.

There’s no longer a market in which once you’ve learnt a trade, you continue to practice it for the rest of your life without ever changing what you do. On the contrary: the speed with which technologies change requires people to be extremely flexible, be able to undergo training and study.

When we supply an advanced production facility, such as “Coil To Box”, “Coil To Window” and “Coil To Pack” systems, we know that training is an essential part to getting the most out of the systems and to managing them successfully over time!

That’s why we’ve created two specific training services, which you can also find on our site. The first section is mainly for production directors and management and illustrates all the new production technologies in the field of thin sheet metal products: it’s the Masterclass section that you can register for by clicking here:

The second is a training section linked to servicing and operating the line. You can access this section using the Dallan Priority program, which allows you to access remote support for your Dallan lines and recorded video content, categorized by type of line and topic: it’s a collection of video tutorials that’s grows more extensive with every passing week! The videos serve as manuals to keep your technicians up to date and help them perform most of the line management, programming and maintenance tasks autonomously!

In addition, there’s a personalized training program, which can be performed on site with a visit from a Dallan specialist or via a webinar that’s specific to your needs, the recorded content of which is provided to you exclusively as study material.