Home > The Manufacturing Efficiency BLOG > Supply Chain and cost of raw materials: what can we learn from the blocking of the Suez Canal?

Supply Chain and cost of raw materials: what can we learn from the blocking of the Suez Canal?

This is nothing new: Ever Given, the mega-cargo ship that ran aground on March 23 while traveling through the Suez Canal towards the Mediterranean, blocked more than 380 ships and significantly delayed the deliveries of goods, causing losses amounting to dozens and dozens of billions of dollars.

To get around this obstacle and not have to remain stationary in the Gulf of Suez, many freighters decided to back away and head south, towards the Cape of Good Hope, adding about 29 days, as well as greater risks, to their journey towards the main European ports.

There’s no doubt that this incident has raised an important issue relating to the trade infrastructure and communication routes that have – alas – remained anchored to the nineteenth century, a century which saw the building of the Suez Canal and, shortly afterwards, its American counterpart in Panama.

Two great engineering and strategic works which also involved, among others – and just to illustrate the farsightedness and fervor of those times – a certain gentleman called Gustav Eiffel who, a few years later, would see to the completion of the symbolic tower in Paris.

Fortunately, during the night between March 28 and 29, the freighter was freed, finally re-establishing the communication route.

However, the question remains: can your supply chain deal with the risk of a three- to four-week shutdown?

Especially because of Amazon, we’ve become rather spoiled: I click, pay and the next day I receive the package at home. If there’s a delay of a few days, it doesn’t really matter.

However, what if the shipment were to involve components that are crucial to your production? What if due to this delay you were forced to halt entire lines for several weeks, without being able to do much about it, just because you don’t have sufficient stock or you don’t have more local suppliers?

You just have to wait and pray.

That’s the real problem: This incident exposed how terribly fragile the global supply chain is.

While it’s true that one of the most widely used strategies to maintain high cashflow is to reduce inventory, that doesn’t mean we shouldn’t be able to guarantee that our companies can continue operating and manufacturing, even in situations of emergency or short supply.

This incident has undoubtedly exposed the limits of globalization and, as I wrote in my article on re-shoring (which you can read HERE), Europe and North America have made a strategic mistake in entrusting too much of their production to geographically distant countries.

Keeping the know-how, production and key suppliers in one’s own country proved to be a great advantage during the 2020 pandemic and, if further evidence were needed, the blocking of the Suez Canal proved it all over again.

I remember when, in the nineties and up to 2015, the “mantra” of information and industrial associations was that “globalization is good and right”.

Perhaps, even more so in the light of what happened, we need to reflect upon the issue.

Exporting production to “emerging” countries to take advantage of low labor costs was something that worked during that period. The problem is that, in the meantime, those Countries have turned into true economic powers.

Try thinking about it: during these weeks, in which Europe is still dealing with the important issue of the production and distribution of vaccines to try and free itself of this scourge, Asia’s recovery is in full swing, to the extent that most of the freight for the movement of goods is concentrated in the Asia and Pacific regions.

The situation has literally been turned upside-down: traditionally “industrialized” countries are still mired in the drama of the pandemic and can only observe the “former emerging” countries that have turned from being suppliers into real competitors, even in terms of access to raw materials, the costs of which continue to spiral.

In response to all of that, in Europe we’re still thinking of closing steel plants in the conviction that “moving away” polluting production is a cure for all ills. Instead, I believe what we need to do is invest in order to render them more modern and sustainable, as well as less polluting.

Just think: of the 1850 million tons of crude steel produced in the world in 2019, 53% came from China, while Europe and NAFTA countries barely managed 14.9% combined.

If we think about how a raw material such as steel, which is fundamental for our infrastructure, construction and automotive industries, is strategic, we can easily see that 14.9% is far too low and not in the least satisfactory!

I’d like to express a consideration from my position as a manufacturer of systems. Did you know that the machines I receive orders for from Asia, especially China, are some the most automated we design?

“How can that be,” you might ask yourself, “aren’t those countries where labor is cheap?”

Nowadays, even in these countries the cost of labor is increasing and companies, well ahead of time and systematically, are running for cover.

Maybe it’s something you didn’t know, but this trend is one of the crucial aspects that led Germany, in 2013, to be the first country to introduce the plan for Automation 4.0.

Relocation, or off-shoring, was taking know-how and knowledge outside Europe, a process that continued up to the 2016 acquisition of the German company Kuka (yes, the one that makes robots!) by the Chinese Midea group.

Industry 4.0 is proving that an alternative to relocation does exist and it is intelligent process automation.

Consequently, the cost of labor becomes a less important variable in the overall cost of production. Furthermore, keeping our know-how and our technology “close” is proving to be an increasingly appropriate choice at a strategic level.

So, here are my considerations.

Embracing automation in our companies means becoming much more competitive in the medium- and, above all, long-term on the market and, undoubtedly, more attractive to customers who are closest to us.

Having suppliers in your Supply Chain who embrace automation and Industry 4.0 to improve and make their own processes more efficient, automatically makes your supply chain more secure and, consequently, makes certain events, such as the Ever Given cargo incident, significantly less important for your business.

Indeed, Advanced Production Systems are one of the new 4.0 technologies identified by Boston Consulting and I can give you some early news: this summer will see the release of my new book, dedicated to Industry 4.0, advanced production systems and the design of thin sheet metal products – a smart way to make high quality products using less raw material.

The title of this new book? Think Thin.

You won’t find it in bookstores, but only at Dallan S.p.A.

Book your copy now and write to us at [email protected]! 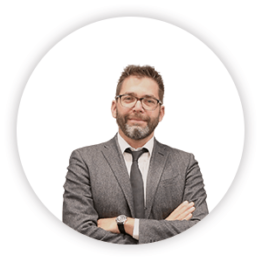